Austin Johnson on the Medicalization of Transgender Experience 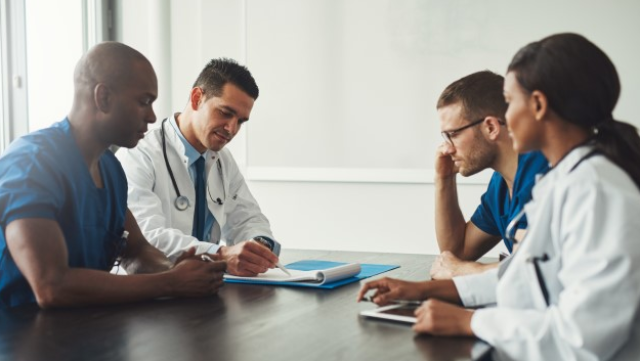 Austin H. Johnson, an assistant professor of Sociology at Kenyon College and the first openly trans professor at his institution, recently published an article in Sociology of Health and Illness on the lived experience of trans people’s engagement with the medicalization of transgender experience.

Johnson’s project uses ethnographic methods to analyze in-depth interviews with members of a transgender community organization in the American South. Through these interviews, Johnson identifies various ways in which trans people must strategically engage with the healthcare system in their daily life. While many trans individuals reject the stigma of a medical diagnosis, they acknowledge that they often must obtain this diagnosis to receive the treatment they need. As one of the interview subjects states, “I think gender dysphoria is mainly caused by the things that are forced on us in society and not really a medical thing…our society forces a lot of gender roles on us and if we don’t match up with those roles I feel like we are always gonna feel dysphoric.”

As another subject states, “Having estrogen is probably 20 percent: I’m happier looking in the mirror, and, 80 percent: people who don’t know anything about trans issues look at me and know that I’m female.” Johnson notes that several interview subjects felt that the understanding of trans experience as a medical condition is incomplete; for many trans people, hormones are important because they make gender-affirming interactions more common. In other words, hormonal treatment for many trans people is about providing society at large with the gender-markers it expects.

When asked what drew him to this subject, Johnson said, “Medical authority, while overpowering, is not an unwelcome power. Most people would be quick to accept a prescription for antibiotics if faced with an infection and would probably prefer to get their medical advice from trained professional than a well-read friend. Sometimes, though, medical authority hurts as much if not more than it helps. There are many illnesses that come with a social stigma attached to them, transforming the diagnosis into an identity or a mark. This stigma most often occurs when the diagnosis is more psychological than biological – think how diagnoses of mental illness might make you refer to someone as crazy, but a diagnosis of high blood pressure does not have a personal referent.”

“For trans people, medicalization is very visible as a double-edged sword. Medicine offers a pathway toward health by providing scientific validation and, in some cases, intervention to trans and non-binary people. Simultaneously, it defines transgender experience according to a narrow medical model that centers on experiences of the gendered body, offering empowerment to those who meet its criteria while restricting or alienating those who do not. The positive and negative effects of medicalization are equally powerful and I am interested in understanding their impact on the daily life experiences of trans and non-binary people.”