I’m Out But She’s Not 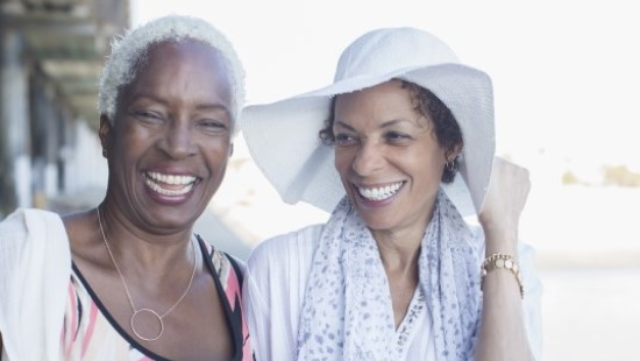 How do you navigate the academy when you are openly queer but your partner is not? As Professor Smith1 explained the first time we exchanged emails, “I do not love it but I do love her.”

Professor Smith came out in the eighties during graduate school in the Midwest where she was surrounded by a strong and supportive group of women who helped her navigate the process.  By the time she was applying for tenure track positions she was openly identifying as a lesbian personally and professionally.  When she accepted a position with a university in a small southern city she was very clear about her sexual orientation because she wanted to be sure the university would be a safe and welcoming community.

She found the on and off campus communities to be supportive of her as an openly queer academic.  Professor Smith works within the medical school, a traditionally cis male dominated space, but was fortunate that her focus studying circadian rhythms was very different from other STEM specialties.  The community of scientist who focus on circadian rhythms include biologists and many international academics, and Professor Smith found her chosen specialty was overwhelmingly accepting of her as a queer woman in STEM.  She explained that “As a woman and lesbian in science I have been aware of [LGBTQ discrimination] but my own work environment has been very supportive.”

Having managed to carve out a safe space for herself to identify as queer within the often anti-female and anti-LGBTQ STEM field, she was surprised to find herself faced with the decision of whether to selectively self-censor after meeting and falling in love with a woman who was not out and was not comfortable coming out because of family pressures in their small southern community.  Although the two have been together for more than fifteen years, openly live together, and are accepted by her wife’s family, the decision not to explicitly identify as a lesbian couple was something Professor Smith had to come to terms with at her wife’s request.

Although most of her wife’s family understands they are queer at some level, they have decided not to openly “come out” as a lesbian couple to the family even though it means censoring their relationship on some levels.  Professor Smith notes that when she was younger it would have been difficult for her to accept this situation because the decision to come out was so important and potentially fraught.  If you’re out you’re out, is the message in many queer communities and she has experienced negative comments and criticism because of her decision to adapt to the constraints of her relationship.

She notes that “aging wisdom” has allowed her to understand that people and relationships are more complicated than she realized when she was younger, and to look back on some of her more youthful beliefs on identify and relationships as overly harsh.  She feels that her relationship with her wife has softened her and made her a better person.  Professor Smith always wanted her lab to be a safe space for marginalized students but her personal experience has enhanced her relationship with graduate and post graduate students by allowing her to be a more understanding and empathic mentor.  Even when she doesn’t fully understand the position of a challenged student, or their decision with regard to that challenge, she now feels more capable of supporting them through their journey.  In the end, it’s not all or nothing when comes to matters of the heart.

1Professor Smith’s name has been changed for this story.