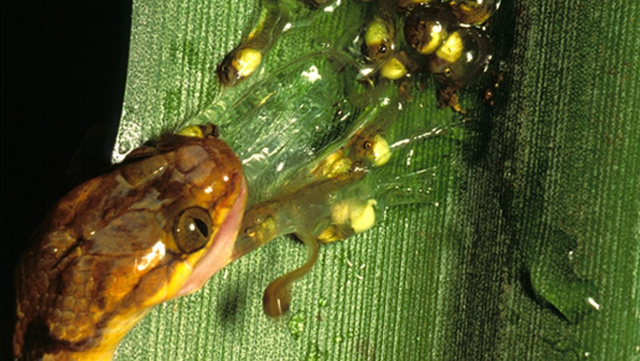 Su Jin Kim spoke to LGBT in Higher Education about what she describes as an “information isolation barrier” for queer students in American universities.  At the most basic level students are intimidated by professors and Su explains it is even more frightening if you’re marginalized in your university community because you’re queer.  Asking faculty for the kind of help required to advance in higher education requires confidence and this can be lacking for marginalized students who already feel isolated by the political climate on their campus or a general anti-LGBTQ attitude by the university community.

Recent scholarship highlights the fact that LGBTQ students in higher education feel less included on college campuses, are less likely to be involved in extracurricular activities, and report more incidents of harassment than their heterosexual classmates.  (See Hurtado et. al.  “Assessing the Value of Climate Assessments: Progress and Future Directions,” Journal of Diversity in Higher Education, Vol. 1, No. 4, 204 –221, 2008).

Approaching faculty is difficult enough for undergraduates but what about students who worry that faculty will misgender them or steer them away from a particular field because of institutional biases.  Su goes on to explain that this was further complicated by the fact that she was a woman in the sciences as well the first person in her family to attend college and the daughter of immigrants.  There are fewer women in the sciences and fewer racial minorities than in other fields.  What she calls the “information isolation barrier” for queer students who already feel marginalized in their campus community was compounded by her status as a woman and minority in the sciences.

For Su the turning point was her decision to approach Boston University Biology Professor Karen Warkentin for advice about pursuing a career in the sciences.  “I didn’t go to Karen because she was queer but in the end that was also important.”  Warkentin’s lab was largely staffed by female students and her mentorship allowed Su to pursue a prestigious summer internship with the Smithsonian Tropical Research Institute.  The program included many international students and was the first time she meet other people doing scientific research “who looked like me.”  The experience boosted her confidence and allowed her to pursue positions in neuroscience and engineering, and greatly expanded her community of like-minded scientists.

“Karen [Warkentin] has helped so many women but it’s not her job to help every woman or every queer person.  Being the underrepresented person, the diversity ambassador is another job which isn’t fair for anyone.”  Instead of relying on the labor of queer and minority faculty to bridge the “information isolation barrier” for students, Su wants universities to play an active part in this process.  She points to Boston University’s new LGBTQIA+ Task Force, co-chaired by Professor Warkentin and notes that universities could incorporate more task forces like this and staff them with non-faculty employees to lighten the load for queer faculty members.  Universities could also sponsor LGBTQ fundraisers and other initiatives, as well as prominently featuring them on their websites and in community eblasts.

In the end, Su is thankful to all her mentors and hopes to offer the same support to queer and other marginalized students throughout her own academic career.

Su Jin Kim is a systems neuroscientist who studies a range of questions in neurobiology, the study of the biological mechanisms behind the brain and behavior. She currently holds the position of Visiting Fellow at Boston University, where she is examining exploratory behavior in mice and developing methods for artificial touch using optogenetics.  As an undergraduate she studied hatching plasticity in red-eyed tree frogs at the Smithsonian Tropical Research Institute and Boston University, and cocaine reinstatement in rats at McLean Hospital. She is passionate about outreach, diversity and inclusion, and education. She received her BA from Boston University in 2017.  For more of her work visit https://neurosjk.home.blog/ or follow her on Twitter @neurosjk.