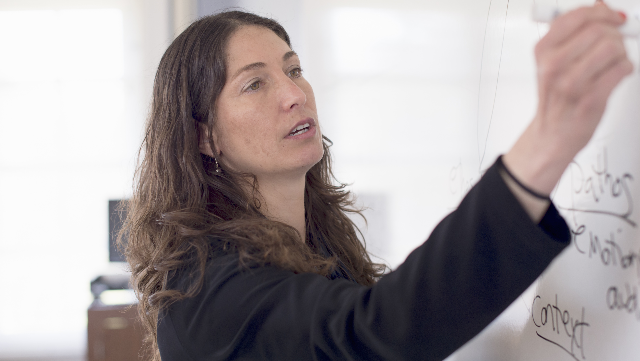 Professor Elizabeth Williams recently spoke with LGBTQ in Higher Education to discuss the challenges facing queer, female, and minority faculty and graduate students in American universities.  According to Dr. Williams, many of these professors are being asked to do support labor for their marginalized students and to serve on diversity committees because they are themselves marginalized.  This is important work that isn’t part of their job description, and it is almost always uncompensated.

This kind of unacknowledged labor also takes up valuable time that faculty and graduate students need to spend researching, writing, attending conferences, and trying to publish work in order to pursue tenure-track positions.  Because cis male, heterosexual, and white colleagues are not expected to participate in this kind of support and political labor they have more time to commit to advancing their own careers.

Dr. Williams notes that it is important to remember that most marginalized professors want to contribute emotional and political support to their students and campus communities, and in fact became professors in part because of this desire, but it is also important that universities acknowledge this important work and identify more resources for LGBTQ and female students and students of color.  She emphasizes that the support and political labor being done by marginalized faculty and graduate students is an integral part of campus communities and furthers the mission of universities.

One way of supporting this work would be to acknowledge the bias against faculty who are queer, women, and people of color when it comes to student evaluations.  Student evaluations have a significant impact on professors because they are used to determine their performance, can affect their ability to become tenured, and influence their standing within their department.  However, studies show student evaluations disadvantage faculty of color, as well as queer and female faculty because marginalized professors are perceived  by their students as less authoritative and less qualified than their white cis male counterparts (See “Lazos, Sylvia R.  “Perils of ‘Doing’ Gender and Race in the Classroom”.  Presumed Incompetent: The Intersections of Race and Class for Women in Academia.  Utah State University Press, University Press of Colorado, pp. 164-85, 2012”).

For Dr. Williams, the question is, “how do you make room for students to give feedback while accounting for the power differential that’s at play?”  As an example, as a graduate student she consistently received comments about the clothes she wore while teaching, ranging from students who wanted to know where she scored those heels to those who objected to the length of her skirts.  After polling her fellow graduate students she learned that not a single white cis male colleague had ever received sartorial commentary on his student evaluations, while a female peer had been advised she wore her cowboy boots too often when she was teaching.

“Students may read marginalized faculty as unqualified because they’re young or have an accent or are female or a person of color.”  And because of these perceptions, marginalized faculty are consistently disadvantaged when it comes to student evaluations, something universities are well aware of but also have not acknowledged.

When it comes to the important work being done by marginalized faculty, universities have come to depend on their unacknowledged labor without offering the support needed to overcome such challenges as biased student evaluations.  Imagine the difference it would make if this labor were an important factor in the decision to grant tenure rather than a student evaluation that objected to a professor’s haircut.

Elizabeth Williams is an Assistant Professor in the Department of Gender and Women’s Studies at the University of Kentucky who specializes in the history of race and sexuality in the British Empire.  She completed a doctorate in History at the University of Minnesota in 2017. Along with Anna Clark, she has edited a 4-volume collection on the history of sexuality published by Routledge in 2015. She is currently working on a book manuscript which will explore the construction of race and sexuality in colonial Kenya. She teaches courses on the politics of sex scandals, global queerness, and gender and sexuality in African history.

Her recommendations for additional reading about marginalized labor in American Universities include the following: