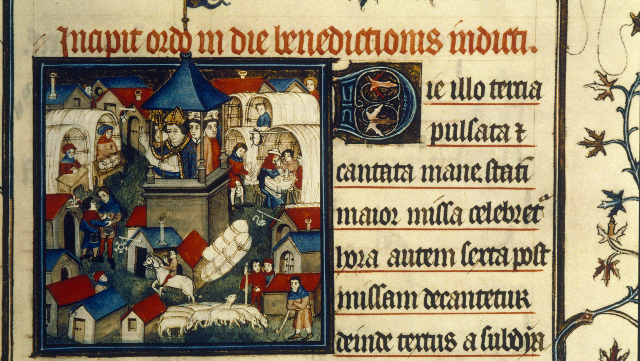 History and literature of the 14th and 15th centuries are not often the focus of feminist and LGBT scholarship, but Dr. Carolyn Dinshaw has brought attention to these hidden stories that surprisingly inform contemporary society. Dinshaw, Silver Professor and professor of social and cultural analysis and English at New York University, has received international recognition for her work.

A prolific scholar on issues of gender, queer theory and medieval studies, Dinshaw teaches both undergraduate and graduate students about how past events impact and provide insight for the present. She is the 2017–18 recipient of the Brudner Prize.

Established in 2000, the Brudner Prize is named for AIDS activist, urban planner, journalist and photographer James Brudner, Yale University CT class of 1983. Brudner died of AIDS‐related causes in 1998 and in his will established the Brudner Prize at Yale as an annual award for scholarship and activism on gay and lesbian history and contemporary experience. It is awarded annually by the committee for LGBT studies at Yale.

Each recipient gives two lectures, one at Yale and one in New York City. Dinshaw's lectures will take place in February. The subject of the lectures will be a document from the late 14th century that came to light approximately 25 years ago. It is the deposition of a male‐bodied sex worker in London who was arrested while wearing women's clothing and in the act of having sex with a paying male client. The deposition talks about the episode, the background of the sex worker, his clients and where he plied his trade.

“It became part of a discussion about lesbian, gay, bisexual, transgender history,” says Dinshaw, who was the editor of the publication in which the document was first published. “There is now quite a bit of scholarship about it, what it means, who this person might have been and what the whole context of this sex work could have been.”

“I want to talk about the document and how scholars over the last 25 years have talked about it,” she adds. “One of the interesting things is that it's moved from being part of lesbian/gay history to being part of trans* history. That's a really interesting trajectory.”

Dinshaw finds the document particularly interesting because it gives some evidence that there were people in the distant past who lived non‐normative gender and sexual lives.

“I'm interested in the ways that we can use history in thinking about our current queer lives and communities,” Dinshaw says.

Dinshaw has always been interested in the relationship between past and present. She teaches a course called Medieval Misogyny in which students keep a misogyny journal. They take the readings assigned for a given week, which could be anything from Aristotle to the 15th century, and correlate something from the readings with something they see in the present day.

Aristotle thought masculinity was a principle of activity and femininity was a principle of passivity. Dinshaw's students find that kind of dynamic everywhere, from present‐day billboards to political discourse. One of her key pedagogical strategies is to have students trace the long cultural roots of current gender relationships they see in their everyday lives.

“What has really interested me is the way in which we can see ancient patterns—especially patterns of gender—recapitulated in the present day,” she says.

As someone working in academia for more than three decades, Dinshaw has seen a growing recognition for LGBT scholarship. There has been mainstream recognition for scholars with an LGBT focus. Perhaps even more significant, LGBT scholarship has also had an impact on the major disciplines, such as English literature, sociology and political science.

“What we've found is that rather than create a free‐standing LGBT or queer studies program … we want to look at gender in relation to sexuality and in relation to other things, like race, class, ethnicity, religion, age, embodiment, ability and disability,” says Dinshaw.

Last semester, she was part of debuting an experimental two‐credit course in the Department of Social and Cultural Analysis that was designed to help students learn how to engage in direct action. They learned history and some of the complexities of engaging in political action.

“We were trying to help students become participants in the social‐political landscape,” she says.