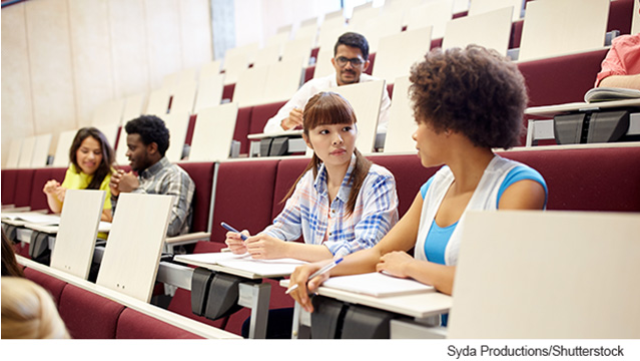 For many in higher education, asking about pronouns in the classroom is still a new idea, something they might not be sure how to implement. For others, this has been a decades-long fight to be seen in academic spaces, with best practices changing and evolving to better serve transgender people and academic communities.

Educators play an important role in the lives of young people who may still be learning to assert and embody their identities in the world. There is a lot to consider when it comes time to ask students who they are and what they want to be called. Going beyond a systematic roll call can go a long way to establishing an environment of trust and respect.

For Rosamond S. King, director of the Ethyle R. Wolfe Institute for the Humanities at Brooklyn College at the University of New York, asking students for their preferred names and pronouns is “about fostering a community of respect in the classroom.” King, who is also the author of “Island Bodies: Transgressive Sexualities in the Caribbean Imagination,” , introduces the concept early in her syllabus, alongside other expectations of “collegial conduct” like showing up on time. “It reminds people that we all should just get called what we want to be called, and you decide what you want to be called,” she says.

King believes that asking about pronouns gives students permission to bring queerness into the classroom, while encouraging them to work on projects they are passionate about, that bring their whole selves to the work and that engage their expertise. She also thinks it is helps students “keep their minds open” to learning from each other.

If you are considering talking about pronouns in your classroom, or if you already do, it is important to understand that  people may use different pronouns in different settings. In the classroom, this can raise privacy concerns.

In a post for Inside Higher Ed, Rachel N. Levin, dean of women at Pomona College, writes:

“... questions about pronoun use can be painful to the very people to whom we are trying to signal support. [...] Students whose gender presentation may not match their gender identity are forced to lie or to out themselves in a new and possibly unsafe environment, while those who are unsure of their gender identity are made to feel uncomfortable and forced to choose a pronoun.”

Some people may not be “out” in certain contexts of their lives. Others may not be out at all or may even be unsure about their identity. If you have moved from a campus setting to online learning in recent weeks, keep in mind that some people may not be comfortable using the same name and pronouns at home with family or roommates around.

Instead of asking what name or pronouns a person prefers, you might consider asking about specific situations:

What name and pronouns should I use for you during class?

What about in emails or text conversations?

What about if I call on the phone? If someone else answers?

If someone is trying out new pronouns, asking them what you should use — without boxing them into a corner where this pronoun defines them — can create the space to explore gender identity. Before classes begin, Levin, an associate professor of biology and neuroscience, asks her students important questions about names, pronouns and any personal concerns by email. She also includes a discussion on the first day of class about “the importance of pronouns, privacy and not making assumptions about anyone’s identity.”

King, an associate professor teaching Caribbean, African and West Indian literature as well as creative writing and performance, asks students on the first day of class to identify what name and pronouns they would like used for them in the classroom. She also makes sure students know they can talk to her privately if they have specific needs around how they are identified, or if there are important things impacting their education that they want to share. For King, this creates a shared sense of trust and values.

How to Approach Problems

If you are nervous about making a mistake, don’t be, King says. “Embrace that instinct telling you that you want your classroom to be open and welcoming to all students. There are a lot of resources online. Look at your own institution’s website and see what is available there. If your institution has an LGBTQ studies department or resource center, go to those folks and ask for their tips and advice. You don’t have to reinvent the wheel.”

Most importantly, King says, you don’t have to make a “grand gesture.” Asking students about pronoun preferences should not be done with great fanfare; special care should, however, be taken to avoid aiming a spotlight at transgender or gender-nonconforming students. All you have to do, King says, is “signal to the students that you are open and welcoming.”

Misgendering can and does happen, especially in diverse classrooms. When it does, it’s important not to make it into more of an issue than it needs to be. Most of the time, a gentle correction — either of yourself or the responsible student — is all the situation calls for. “If you make a mistake, just acknowledge it and move on,” King says.

If a student is misgendered in class, she suggests that you check in with them privately after class; ask how they’re doing and if there is any way you might support them. You might even ask if they would like you to respond differently in class if it happens again. “It signals that you are open to learning and that your intention is to have a welcoming space,” she says.