A Queer Perspective on Economics 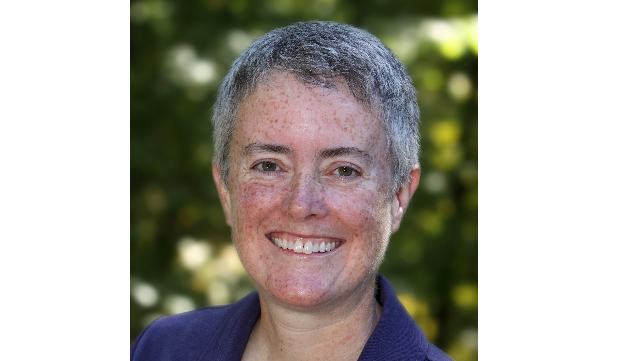 We recently caught up with Dr. Lee Badgett, the economist who first published an article on the LGBTQ wage gap, to get her perspective on the value of bringing queer voices to academia.

How has being LGBTQ affected your career in academia?

I became a scholar to do research that would make a difference in the world, although I wasn't sure what that would look like when I started out.  So I made a conscious choice to be out at work at my first job, and I used to wear t-shirts with provocative LGBTQ messages to work out at the gym (which delighted some people but not all of them!).  Being an out lesbian turned out to be the key to a wonderful career for me. I got out of grad school and started my academic career just as the LGBTQ rights movement blossomed in the early 1990s. My economic training from studying race and sex discrimination turned out to be very useful for thinking about sexual orientation discrimination (and eventually gender identity discrimination). The stereotype of gays as an affluent minority was getting lots of play in the media and politics, but it made no sense to me. I ended up writing the first article on the gay wage gap published in economics (and other social sciences), and my research focus shifted at that point to LGBT issues. Studying LGBT people has given me a great angle into thinking about how gender and sexuality affect people's work experience and family life, and I've been able to work on many policy issues related to LGBT issues, like marriage equality and employment nondiscrimination laws.

What are the biggest challenges facing LGBTQ persons in higher education?

There are some challenges, and while some haven't changed much since I started out, some of them have gotten a lot easier. We have to decide how visible to be--visible and out enough to feel happy and whole, but managing the vulnerability that arises from being out. We need to find other LGBTQ people in our fields and workplaces, as well as allies. That's gotten a lot easier, and the big professional associations in the social sciences (and maybe others) have LGBTQ caucuses that can help a lot. There are also many points in a career where the claimed "objectivity" of a process hides a lot of subjectivity, which can allow prejudiced people to influence employment decisions. A recent survey of economists found that 20% of LGBTQ economists had experience discrimination or unfair treatment. So we can face challenges getting jobs, getting tenure, or getting LGBTQ-related work published. It doesn't always happen, and it doesn't happen to everyone, but we're all vulnerable.

What resources are available for LGBTQ students, faculty, and instructors?

The big professional associations in the social sciences (and maybe others) have LGBTQ caucuses that can help a lot.  Universities often have LGBTQ support services, and that offers a way for students, staff, and faculty to meet each other to build a sense of community.

What support does your campus/field offer LGBTQ persons?

At UMass Amherst, we have our wonderful Stonewall Center, which organizes services and events. We also have many out LGBTQ staff and faculty, as well as many people doing research on LGBTQ issues.  In the economics profession, we have an LGBTQ group that publishes a newsletter and has events and panels at our annual meeting, as well as engaging a lot of powerful allies.  We were slow to form a permanent group, but now that we have one it's thriving and has been useful for giving us a voice within the profession. There are also many journals that have published research on LGBTQ issues.

What initiatives are you involved in?

I've worked to build organizations that connect academic research and scholars with big public debates as a strategy for more inclusion of LGBTQ people. The first LGBT think tank I helped create in the 1990's merged with the Williams Institute for Sexual Orientation & Gender Identity Law & Public Policy at UCLA School of Law https://williamsinstitute.law.ucla.edu/.  The Williams Institute has been around since 2001, generating data and ideas that have improved the lives of LGBTQ people.  I was the first research director there, and I still work on projects with some amazing scholars from several disciplines. Most recently, I've worked with colleagues at UMass Amherst to build the Center for Employment Equity https://www.umass.edu/employmentequity/ at UMass, where we focus on reducing discrimination based on race, sex, sexual orientation, and gender identity in workplaces.

What advice would you like to impart to other LGBTQ scholars?

Be at least a little bit open at work. That will help to create more space for you and other LGBTQ people, and over time that space to be out will expand. We need community, so be a friend to LGBTQ university staff, and a mentor for LGBTQ students.  Students are coming out earlier and earlier, so it might look like they have it all figured out, but everybody needs role models. If you're out, you will be one.

What is the biggest issue facing LGBTQ persons in higher education?

LGBTQ people in higher education need clear, explicit nondiscrimination protection, both for faculty and staff as employees, and for students. Federal agencies created some of those kinds of protections during the Obama administration, but the current administration is dismantling them administratively and judicially.

Lee Badgett is Professor of Economics and Policy at the University of Massachusetts Amherst and served as director of the UMass Center for Public Policy and Administration (now the School of Public Policy) from 2007-2016. She is also a distinguished scholar at the Williams Institute on Sexual Orientation Law and Public Policy at UCLA’s School of Law.  Her research interests include labor economics, employment discrimination, the economics of sexual orientation, and same-sex marriage.  She is the author of the forthcoming The Economic Case for LGBT Equality: Why Fairness and Equality Benefit Us All, Beacon Press (2020).  Follow her on Twitter @LeeBadgett.